In 2015, the three major credit bureaus settled a lawsuit, agreeing to adjust credit reporting practices. By April 2018, credit bureaus no longer included judgments or tax liens on consumer credit files. In addition to this change, the FICO 9 scoring model no longer considered paid off or settled accounts and changed medical debt treatment.

These adjustments helped raise the average consumer score and benefited those with past financial hardships. However, lenders complained about an inaccurate assessment of risk due to the elimination of paid off accounts and ceasing to report information found in public records.

Today mortgage lenders are one of the few that require a review of your public record to identify tax liens and judgments.

FICO typically adjusts its scoring models about every five years. In the summer of 2020, FICO released its newest model, the FICO 10. Below are changes that could affect your credit score:

FICO 10 places increased emphasis on payment history and the balance-to-credit line ratio, otherwise known as the utilization ratio. While any negative activity, such as a missed payment, remains on your credit file for seven years, the FICO 10 credit score model increases the impact of missed payments and high revolving credit balances.

Impact of Data Trends on Your Credit Score

Previous FICO scoring models took a snapshot of a credit profile and calculated the score based on the information from a single point in time. The new model reviews credit use over a two-year timeframe and adds it to the calculation.

Trend data will include revolving balances, minimum payment requirements, and the amount paid toward balances due. Using multiple data points can distinguish consumers who pay off accounts each month and those who carry a revolving debt.

Using a series of data points should reduce the impact of a single event. For instance, if you typically pay off credit cards each month, charging a large amount for a vacation and then paying it off over 90 or 120 days will not impact your credit score as much as previous scoring algorithms. However, balances that trend upward or a series of late payments will have a greater influence on the overall score.

One of the most common ways consumers tackle credit card debt is with a personal consolidation loan.

Previous versions of the FICO score treated personal loans like any other loan. FICO 10 considers personal loans separately, much like FICO 9 gave special consideration to delinquent or paid off medical debt. The new algorithm will penalize consumers who consolidate debt with a personal loan to pay off credit cards and then run up the balances again on credit cards.

How These Changes Impact Your Credit Score

Consumers who already have good credit will likely benefit from the changes. FICO estimates 40 million consumers will see an increase in their credit score of 20 points or more.

It will also create a bigger gap in scores, with another 40 million consumers seeing scores fall by 20 points or more. If you are currently struggling to manage high debt loads, you will likely see your score decline, which could complicate your ability to obtain a consolidation loan or transfer balances.

The additional weight placed on high credit card balances and the use of trend data will hurt consumers who deal with financial hardships by relying on existing credit lines to get through the crisis.

Debt settlement could become your best option If you have difficulty paying unsecured debts. With a demonstrated hardship, like the loss of a job, reduced hours or furlough, debt settlement makes it  possible to pay less than the full balance to get out of debt faster by negotiating with creditors to lower the payoff needed to get out of debt.

Get Our Insights in Your Inbox

By clicking the Submit button, you authorize us and to contact you (including using autodialers, automated text and pre-recorded messages) via your telephone, cellphone, mobile device (including SMS and MMS) and email, even if your telephone number is currently listed on any state, federal or company’s Do Not Call list. Standard phone and data charges will apply. Your consent to the above terms is not required as a condition of purchasing or receiving our services. You also consent to the recording and monitoring of all calls to and from us and you agree to and you acknowledge and agree to the terms of our Privacy Policy and our Terms of Use posted on this site. 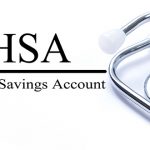 Using an HSA as a Hedge Against a Future Medical Crisis 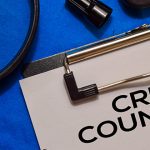 5 Reasons Why Credit Counseling May Not Be the Best Option 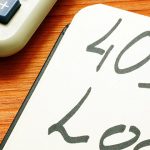 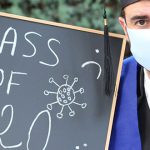 How Can We Help?

Contact Us for a Free Consultation and Case Review. Call Our Office Today, or Send Us a Message Through Our Website.

Lakeview Law Group, PLLC, is a law firm located in New York City. The firm is registered with the New York State Bar and maintains relationships with affiliated lawyers throughout the United States. Accordingly, Lakeview is able to work with consumers across the United States and have a lawyer licensed in their home state work with them.